Is Blockchain the next Internet?
Skip to content
Digital
8 min read 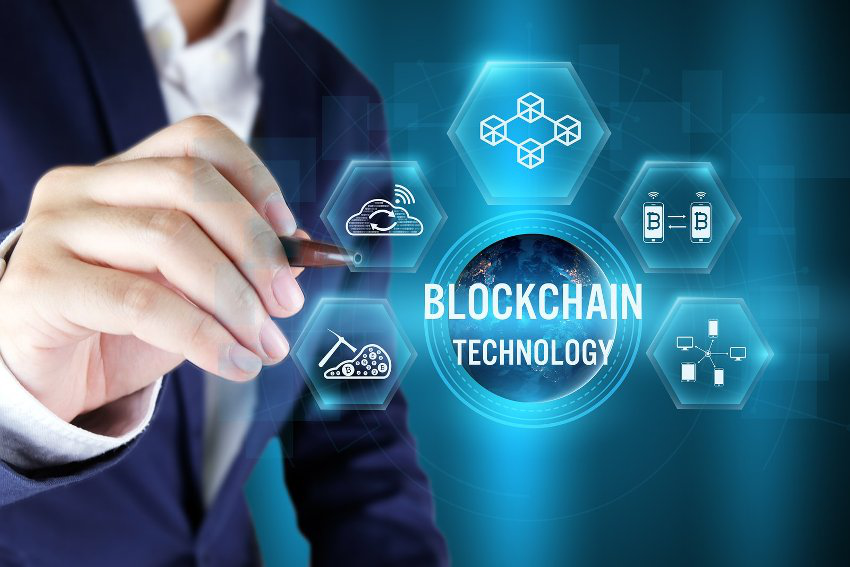 In the past few decades, Internet has made our lives easier by a great magnitude. With the establishment of this new channel of communication, new avenues of progress were opened in every walk of life, be it businesses who established online supply chain systems, banks who made online transactions possible or educational institutions who made the access of online education possible. In any case, this wave of innovation shaped and changed a great part of our daily lives. With the continuously increasing usage of Blockchain, A.I., cloud computing, virtual reality systems and other innovations, it is expected that this could happen at an even higher pace in the upcoming years.

Of these new off-shoot products of the InfoTech industry, Blockchain is a very important entity that shows great potential and is expected to revolutionize the Internet and our connectivity with each other in the world. Basically, Blockchain is an online free-for-all ledger that can be used to record real-time financial transactions in cryptocurrency, mining Bitcoin and transfer of data, all in the absence of the requirement of a centralized body for monitoring the system and keeping it under check.

In addition, the Blockchain is virtually completely anonymous, making sure that no transactions performed on the server can be traced back to the original user in the physical realm. 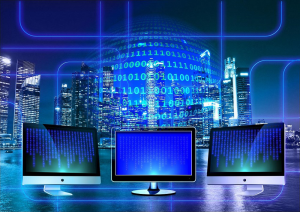 It has been speculated in the past that this Blockchain system will bring a revolution to the Internet and has even been harbingered as the “new Internet”. There are quite a few arguments both in favor and support of this premise.

Blockchain was originally formed to cater for the needs of cryptocurrency exchange and for forming a system of incentivizing proof of work by cryptocurrency mining. However, in the past few years, the scope of its operations has increased vastly, with a huge populace using Blockchain for more elaborate purposes such as supply chain management and distribution of data onto servers with anonymity along with the original cryptocurrency operation.

This feature of the Blockchain is speculated to extend further to form a separate ecosystem constituting a new version of the Internet with the name “Web 3.0”, a continuation of the series of the World Wide Web that were developed in the 90’s and form the major share of the commonplace internet used by the general public today.

Blockchain as an ecosystem 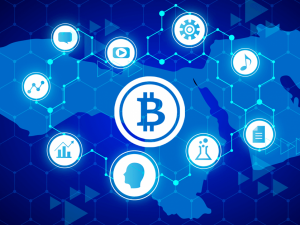 Why exactly is a separate ecosystem such important? The answer to this lies in the fact that Blockchain ensures a security and privacy that can never be reached by the contemporary Internet, even with advanced security interventions. Blockchain has no central banking system operating and looking over the transactions taking place; thus, a completely transparent floatation of currency can take place on the Blockchain, making it all the more attractive for general usage.

A 2018 report suggests that this development will be concurrent with the development of applications and software to include this technology in mobile platforms, such as Status, a mobile app that connects the phone to the Ethereum ecosystem, allowing transfer of payments, data and other modalities across the Ethereum platform from the ease of access of a mobile phone.

It is important to consider that the popularity of Blockchain was subject to the status of the Bitcoin; the actual surge in the subscription base of Blockchain came only after Bitcoins were selling at high prices. It must also be observed that companies such as Wal-Mart, Microsoft, Apple and Netflix plan to shift their operations on the Blockchain platform because of their greater benefits as compared to costs.

In this context, it can be speculated that similar to the surge in consumer base on Blockchain after the rise of Bitcoin, this shift of major companies will also make a large number of people aware of the benefits of Blockchain, thus shifting a major chunk of the contemporary Internet on the Blockchain. 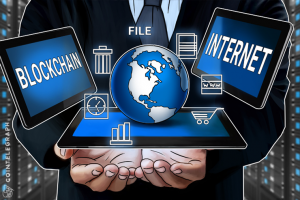 The willingness of the world to shift towards Blockchain comes from a set of qualities which differentiate it from the Internet. With a user-centric system that assigns a particular identity to one user, it makes a complete profile for the consumer that is valid all over the ecosystem. This is a huge benefit in comparison the Internet where a single person might have to establish more than one accounts on different platforms. This is topped off by the fact that each of these Blockchain identities are completely private.

The biggest benefits of shifting towards the Blockchain comes from its virtue of decentralization and maintenance of the integrity of the system by its multi-server ecosystem that prevents security breaches. However, will the Blockchain make the old Internet obsolete? The answer to this question is of speculative nature, with nobody knowing for sure what the future holds. It can, however, be said that the Blockchain will complement the modern Internet and develop a complete ecosystem in conjunction with the Internet.